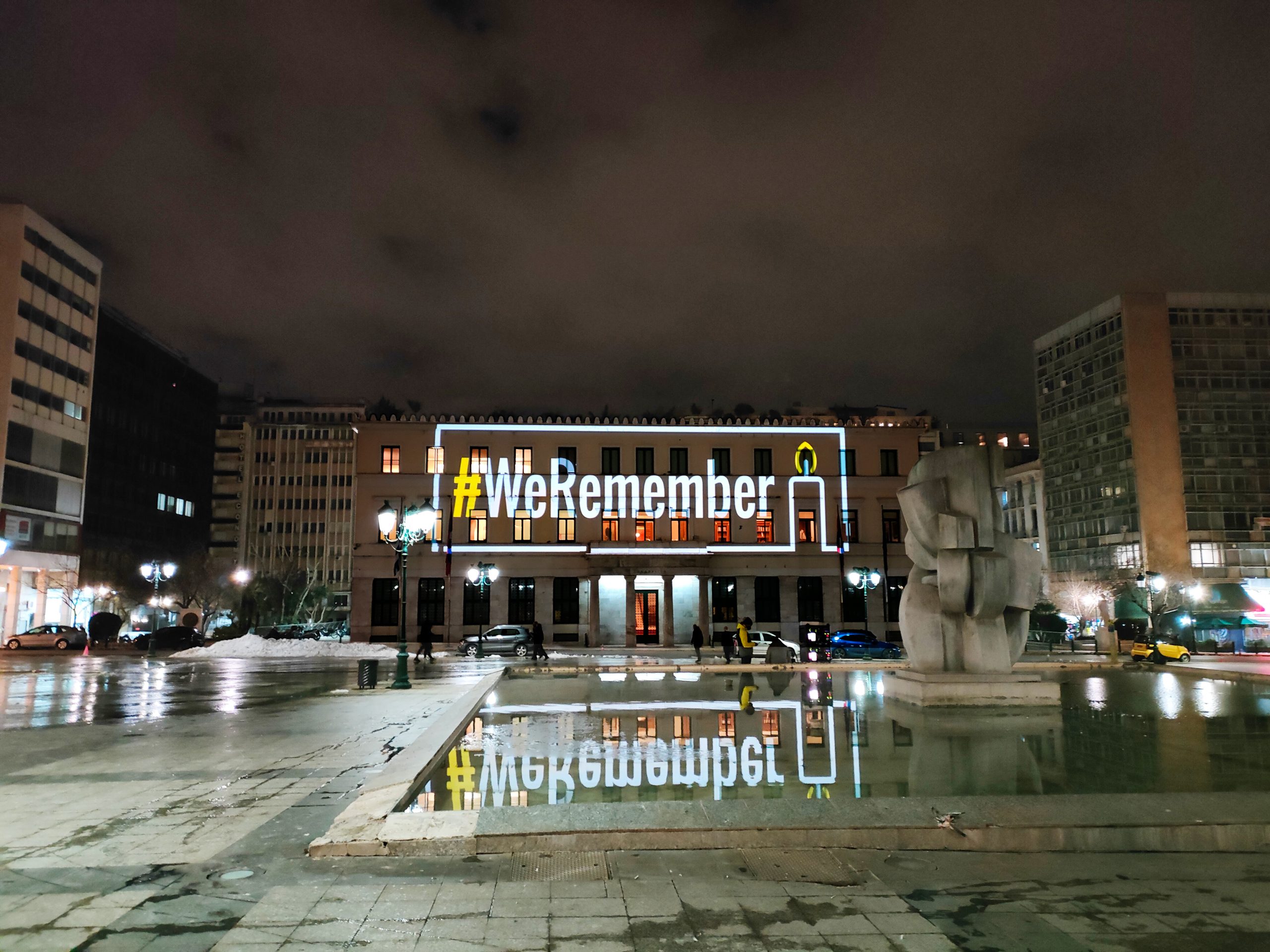 January 27th has been declared the International Holocaust Remembrance Day to honor the souls lost in the horrors of World War II.

Every year, on this day, the Central Holocaust Remembrance Event is held in Auschwitz, part of which is the display of photographs from memorial actions around the world, so that no one will ever forget. Buildings around the world are illuminated giving the present to this chain of memorial effort.

The present was also given in Greece with the illumination of the City Hall in Kotzia Square by the Municipality of Athens, in collaboration with the Central Israeli Council of Greece, as a sign of support and participation in this symbolic project.

The production was undertaken by the Athens Digital Arts Festival.

The 18th ADAF is here and it is FutuRetro!