Over the past years, Athens Digital Arts Festival (ADAF), the Greek representative in the international digital arts scene, has been proudly devoted to the support of innovative and artistic expression, establishing strong bonds with local and international artists and audiences, institutions, art foundations, schools, universities, galleries and museums and a number of 60 collaborating international festivals. 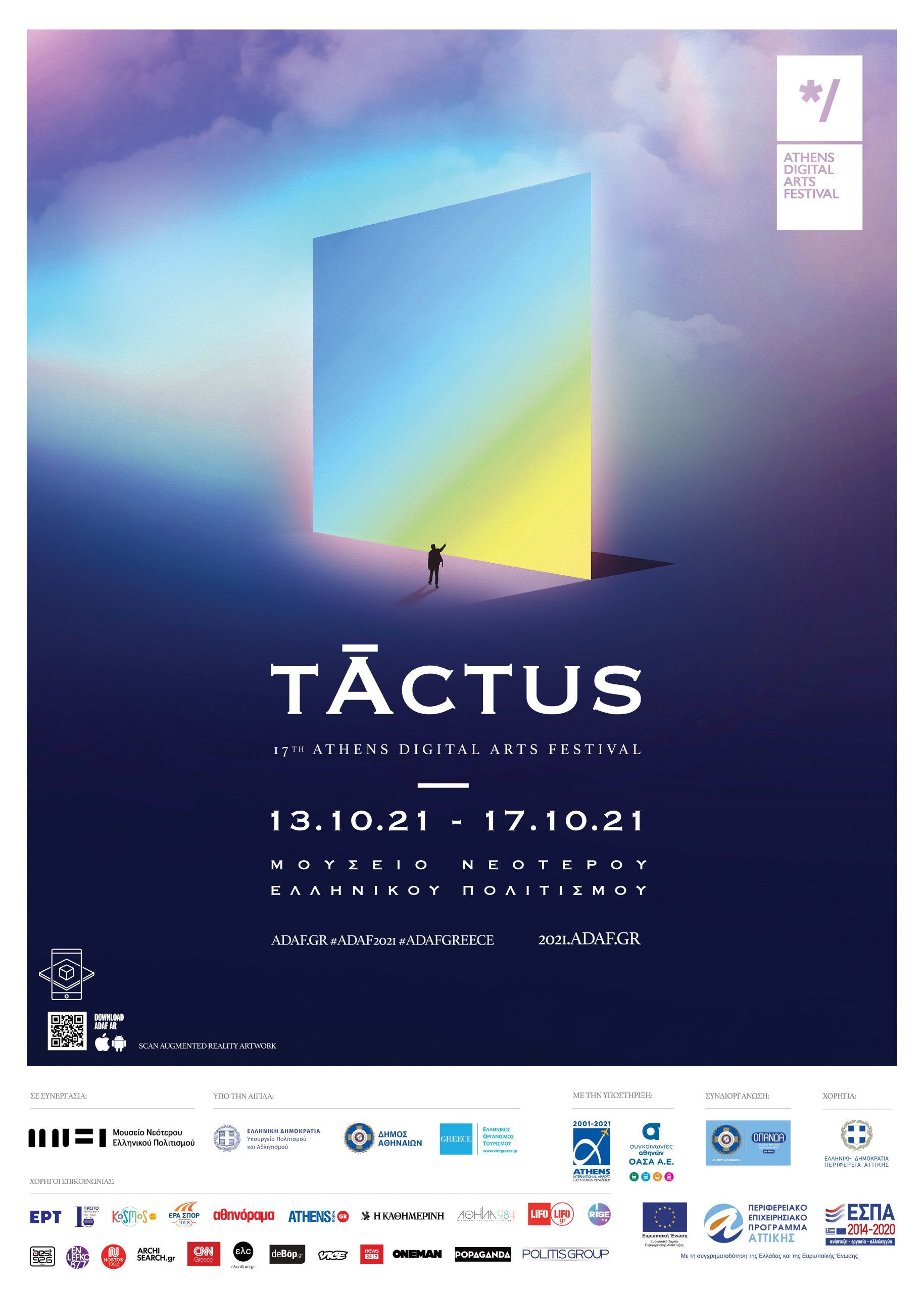 The 17th Athens Digital Arts Festival, tāctus, taking place from October 13th– 17th will be exploring the notion of human contact through the selected work of hundreds of artists from all over the world, and how this notion has been redefined in this recent period of time

pulse of music in music theory, consisted of beats in a repeating yet distinct periodic short-duration stimuli perceived as points in time occurring at the mensural level.

The international festival of digital arts in Greece, Athens Digital Arts Festival (ADAF), called the artistic, technological and scientific world to submit their proposals for the hybrid edition (online and physical) of ADAF 2021 titled tāctus, a theme that focuses on the redefinition of human connection, both as a form of communication and physical contact.

Humanity has recently gone through a unique experience that has affected our everyday life, especially human relationships. The notion of human interaction was spotlighted and scrutinized, fetishized, coloured with an array of emotions, deconstructed and reconstructed as a result of examining and survival mechanism. Connection became the object of discourse, expectation, deprivation, struggle, and revolution.

Humanity is reinstating the notion of connection and communication, restoring it in the public consciousness as the “beat” of this world. During this procedure, and with the help of new media for its implementation, a new organic meaning of the notion has been created that has not yet been fully explored nor fully defined. Technology has been utilized, gaining more and more ground, offering contact-less connection as a substitute in society’s struggle to fill in the physical void. For some, this came as a release, and to others as a punishment. For everyone though, it has been an experience that forever changed the way we perceive human relationships.

Through Installations, Video Art, Performances, Web Art, Animation, Digital Image, VR/AR, Games, Talks, Workshops, ADAF Kids (which contains all the above for children), our audience will have the opportunity to view and experience an international view on tāctus.

tāctus in latin touch, arrive, achieve, beat/pulse in music. A new norm, hybrid between the physical and the digital world.

Join us in our exploration!