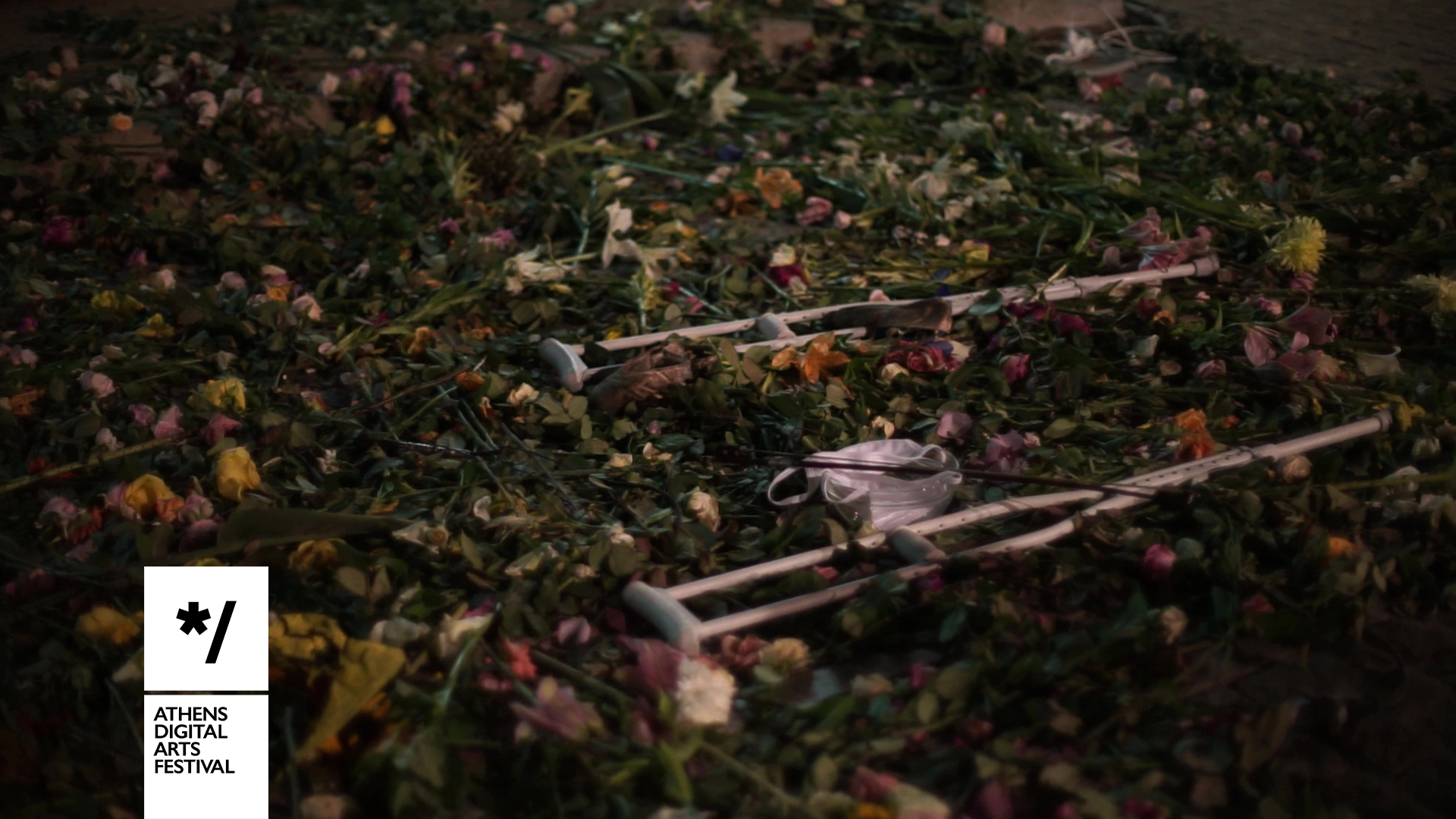 After the violent death of an innocent (George Floyd) the four artists focus on the universally symbolic force of one of the last sentences he uttered: “I can’t breathe”. This sentence ideally summarizes the condition that thousands of people in the world live every day, thanks to the fragility of their position in society.

To these forms of “suffocation” of entire parts of global society, corresponds a movement of civil indignation that is expressed through the Web.

The four visual artists / performers physically cross the territory of the World Wide Web, creating an ephemeral path between breaths, biographies, places, boundaries, and cultures, poetically investigating some aspects that are touched by this ” suffocation “, such as: freedom, identity, safety of the weakest, equality, difference.

I’ve have always explored those territories where art languages ​​hybridize, creating new contaminated and often unidentified objects. In particular, my work for some years has been dedicated to the search for a compromise (both theoretical and practical) between the ephemeral and elusive matter of live arts, and the language of video art, which by its nature is profoundly documentary, in its fixing forever the transitory image on a medium (physical or virtual).

In the years, this video-performative research has led me to the creation of hundreds of short films and the production of three feature films, which mix and hybridize performance art, digital animation, costume design, and video art.

My intervention will feature three actions; three ‘performative episodes’ that will take place one after the other. The general theme of my intervention is “control”, understood in its ambivalent meaning of self-control, the governance of ourselves – investigation which is the fulcrum of much of my research as a performer – and the control, partially interconnected to the former, which is exercised on our bodies and minds from entities external to us: authority, power, society, through forms of vigilance and repression that manifested themselves in a plastic way during the pandemic and the consequent lock-down.

“I can’t breathe” therefore becomes a moment of reflection on the power and nature of control, which emerges and sinks through my intermittent action like a sea monster.

Since 2006, German artist Verena Stenke (b. 1981) and Venetian-born artist and writer Andrea Pagnes (b. 1962) have been working together as VestAndPage and gained international recognition in the fields of performance art, performance-based film, writing, publishing, and with collective performance operas and temporary artistic community projects. Since over a decade, VestAndPage have been exploring performance art and film as a phenomena through their collaborative creative practice, as well as through theoretical artistic research and curatorial projects. Their works – a celebration of life – have been presented in museums, galleries, theatres, cinemas and a variety of sites worldwide. Their writings have been extensively published and translated for international readers.

“On December 2012, VestAndPage conceived and initiated the live art exhibition project VENICE INTERNATIONAL PERFORMANCE ART WEEK. Between 2012 and 2016, the project showcased in the Trilogy of the Body historic pioneer works on exhibit in conjunction with live programs of durational performances, presenting over 120 international artists and an ongoing educational program. Since 2017, the project presents in the new format Co-Creation Live Factory an international educational platform with residential and collaborative character”.

“So Now It Is Time That I Listen And Learn From Them, For Today I Am Not Less Ignorant Than I Was Then” is a 2020 revisiting of the 2017 live performance “I Left My Story Home (HOME I)” by VestAndPage.

“For this piece, we had worked for four days together with seven young asylum seekers who had come from Bangladesh, Ghana, the Ivory Coast and Mali to the province of Tuscany in Italy. In a process of migrating towards each other and ourselves, we scanned what home represents for each of us. We told stories and memories, spoke of journeys of hope, ruptures, and sense of belonging. We gave shape to the tales of those who travel in their dreams, those who step into independence, or those who risk their lives in search for a better future. “

The live performance “I Left My Story Home (HOME I)” has been realized and presented in collaboration with Compagnia dell’Orsa at Teatro Excelsior, Reggello, Italy, October 8, 2017, as part of the project “Echi di Contaminazioni” with the support of the Metropolitan City of Florence and the Municipality of Reggello (IT)

Francesco Kiais, was born in 1966 in Venice, where he graduated in Painting at the Academy of Fine Arts. Kiais moved to Berlin in 1994, where he lived and worked as an artist until 2005, by creating Installations, Videos and Performance Art. In 2005, he moved to Athens. In 2011, he  took his degree in the Athens School of Fine Arts. In 2019, he got his master degree, in Audiovisual Arts in the Digital Era from the Ionian University. He is a member of the editorial team of Venice International Performance Art Week, as well as the founder and director of the Athens-based platform [ mind the ] G.A.P. – Gathering Around Performance. His artistic practice consists of ephemeral installations, videos and mainly performances. It focuses on the dialogue between opposites, making the uniqueness of the place and the memories of the people poetically activated in an individual and collective ritual.

I thought we could focus on the universally symbolic force of the sentence “I can’t breathe” (George Floyd) because it ideally summarizes the condition that thousands of people in the world live every day, thanks to the fragility of their position in society.

So I proposed to Francesca Fini and VestAndPage to physically cross the territory of the World Wide Web, to virtually meet here in Athens, creating an ephemeral path between breaths, biographies, places, boundaries, and cultures, poetically investigating some aspects that are usually at risk of “suffocation “, such as: freedom, identity, safety of the weakest, equality, difference.