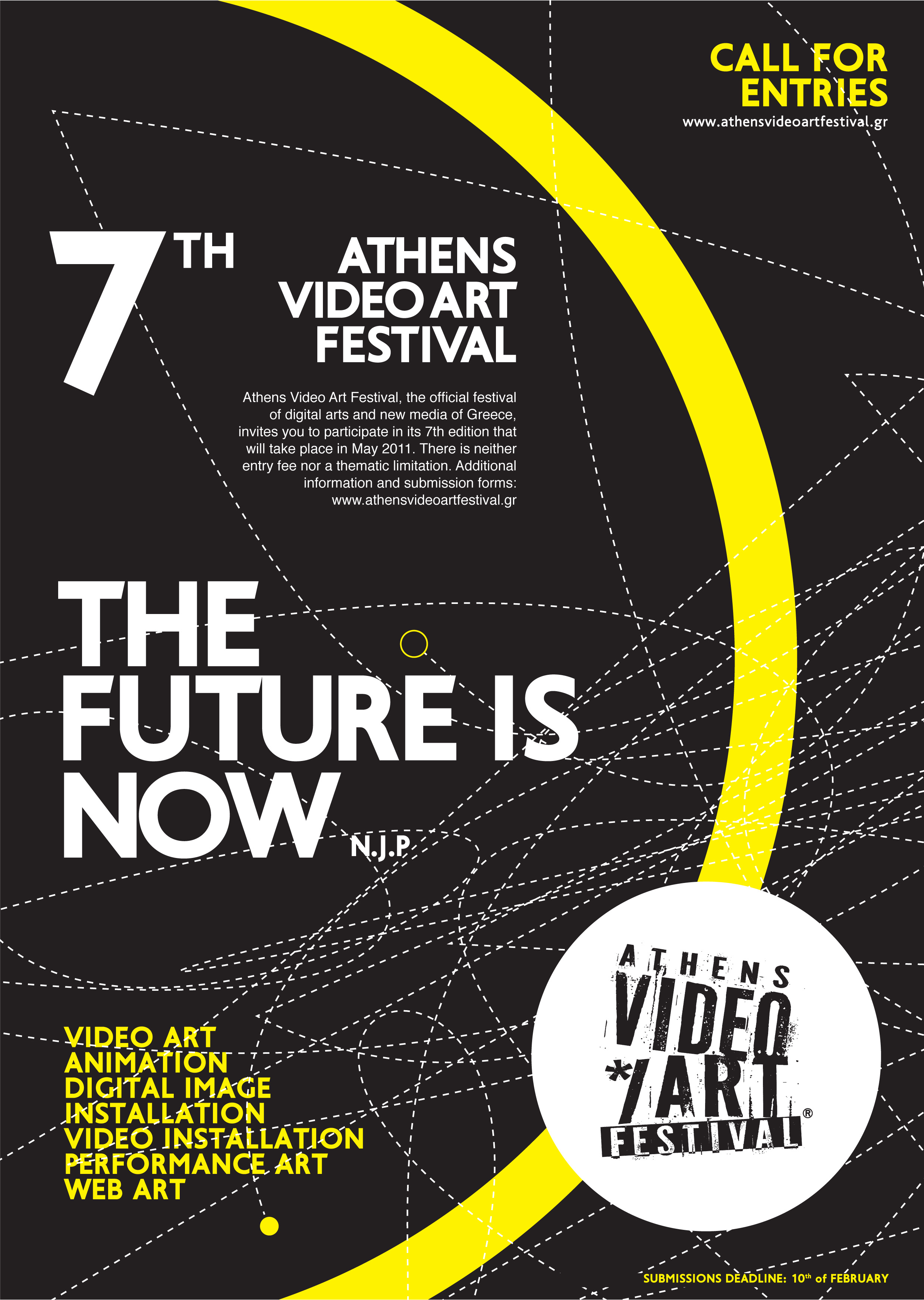 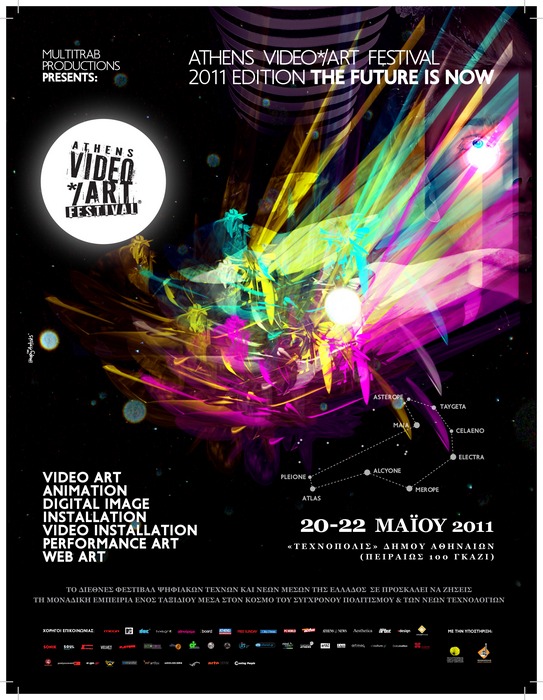 The international festival of digital arts and new media of Greece, Athens Video Art Festival, continuing its route through the world of contemporary culture took place for the seventh time staying loyal to its basic principles, as well as the new goals that it sets year by year. During the 20th, 21st and 22nd of May the multi space «Technopolis» of the Municipality of Athens (Peiraios 100, Gkazi) transformed into both a live cell of digital civilization and a meeting point for ideas and people of the wider spectrum of arts.

The public had the opportunity to get introduced to a series of the most promising names of the local, as well as international artistic scene through the artworks of all of the categories and special tributes that were hosted in the framework of this year’s edition. Digital images exhibitions, video art screenings, installations and interactive performances accompanied the attendants to a journey to the latest developments of the art world and modern technologies, while the two music scenes closed the program each day ideally with the fresh line up.

Moreover, the public was introduced to some of the most important worldwide festivals – Magmart, Live Performers Meeting, View Fest, Alphaville, Videoholica, Danube Video Art Festival, Fonlad, Art Screen and Cologne OFF – inaugurating a new series of international collaborations whereas the screening of the «Adventures in motion» program by the British onedotzero proved the latter’s richness getting the level even higher (Under the support: British Council Athens).

The presentation of the compilation entitled «Videoarde critic en Latinoamerica y el caribe» curated by Laura Baigorri proved the necessity of promoting the cultural creativity free of any commercial limitations (Under the support: Instituto Cervantes).

Supporting its academic character, as well as maintaining the routes of bidirectional contacts with institutions, Athens Video Art Festival 2011 welcomed artworks by the students of the «Plastic arts and Sciences of Arts» department of the University of Ioannina complementing the «Fluxus is an attitude» tribute, in the context of which documentaries about the history of the movement, as well as artworks by the most important artistic figures (In collaboration with: Electronic Arts Intermix). Music acts were daily closing the festival program, hosting the freshest names of the local and worldwide scene underlining the relationship between sound and image, as well as welcoming the future with the best way possible. 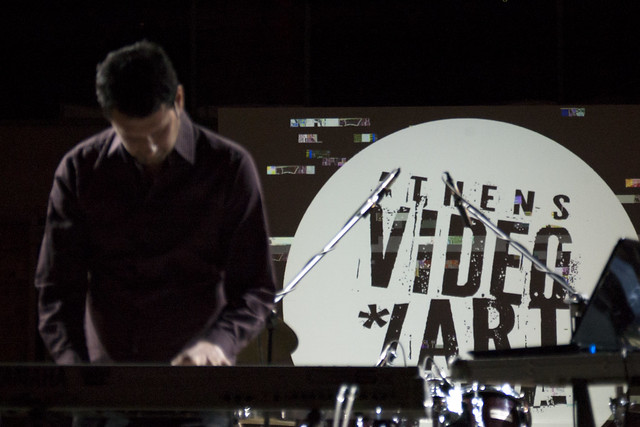 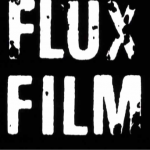 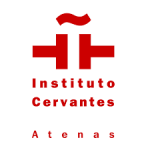 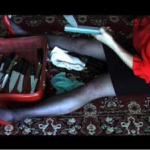 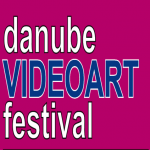 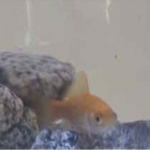 Magmart | Festival under the volcano

Videoholica | Down stairs, Up stairs 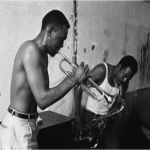 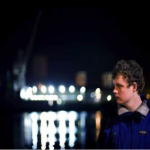 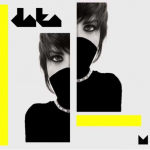 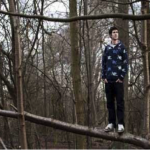 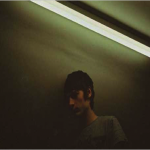 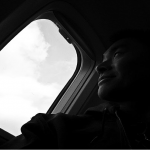 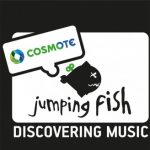 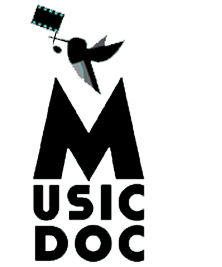 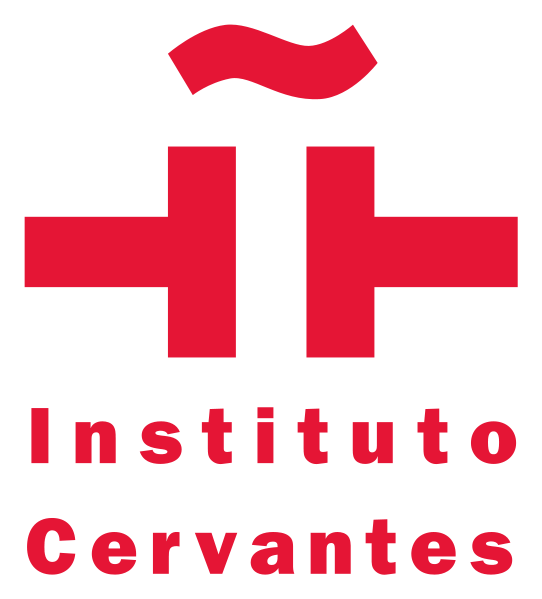